Virtual Commissioning of a Production Line

Virtual commissioning validates the operation of new systems before some or any components materialize in the physical environment. It allows the verification of control code and the early discovery of design flaws [1, 2], which cuts back on time- and cost- consuming efforts dedicated to real commissioning. It also allows for reconfiguration of an existing system.
As an application of Digital Twin (DT) technology, the virtual commissioning of an asset is realized through obtaining data about the type of the asset from the DT.
In this article, the building of a physics-based model of a production line is described. The software Mechatronics Concept Designer (MCD) was used to build the model. PLCs to control the stations were simulated using TIA Portal V15 and PLCSIM Advanced V2.0. In our case, the data of the machine type is provided by the DT of the production line. Physical layer refers to the real-world production line stations and virtual layer refers to the digital data of the real-world object, like CAD models or simulations.

Existing CAD models of the production line were imported into Siemens NX. Each station of the production line was simulated separately. Using the MCD, physical properties like weight, center of mass, and inertia were assigned to the CAD models. Moreover, rigid bodies, collision bodies, joints, and springs were added to the existing CAD models to create a physics-based simulation. Signals were created in Siemens NX that correspond to the signals from the PLC and that have an identical name to its PLC correspondent. Following this name rule allows for auto-mapping, which saved the extra effort of mapping each two signals manually together.
Sensors from the physical layer were simulated in the virtual layer using the collision sensor function, which turns an object in the simulation into a collision sensor that triggers a Boolean variable when it undergoes collision with another object during the simulation.
Output signals from the PLC’s perspective were defined as input signals in Siemens NX and vice versa.

A generic Siemens 15xx PLC was simulated for the purpose of controlling the Siemens NX simulation. The PLC was simulated using the software PLCSIM Advanced V2.0 which offers the ability of communication over OPC UA, as opposed to PLCSIM, which does not offer such a functionality. Whenever this article refers to a ‘PLC’, a simulated 15xx Siemens PLC is meant. A real PLC in the physical layer was not used. The state machine of the production line stations was implemented in TIA Portal using SCL and uploaded to the simulated PLC. OPC UA server functionality was enabled.
In Siemens NX, the connection to the over OPC UA was established to the PLC and signals were mapped using the auto-mapping functionality.

Siemens NX MCD offers a tool to realize virtual commissioning, with certain limitations and challenges. The limitations include simplifying collision bodies to make the simulation smoothly executable without loss of performance and that the number of simulated PLCs is limited.
Challenge #1: The more complex the shapes of the parts are, the slower the simulation gets. With some highly complex machine parts, more advanced hardware is required for the Siemens NX simulation to run smoothly.
Challenge #2: Certain data about the type of instance of the machine being considered might be difficult to acquire. Coefficients like a spring constant or a friction coefficient might not be readily available, especially if the manufacturer is not reachable.
Challenge #3: A decision has to be made as to the level of fidelity the simulation has to have to the real world physical object. It must be decided which behavioral qualities of the real world physical object are relevant and only those qualities have to be simulated to avoid over-complication the task. 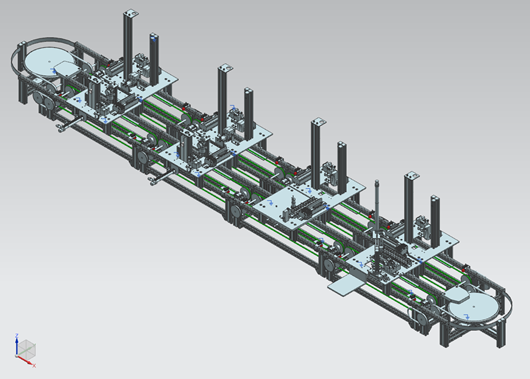 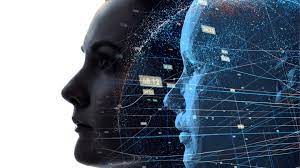 This module addresses digital twins for activities on resources. The module introduces a methodology to identify the real-world counterparts for digital twins.

Standards and interoperability in the Digital Twin context

Standards support our everyday life much more than we may think. Without standards, our life would not be as organized as it

Considered one of the key technologies of Industry 4.0, digital twins are the ultimate step in digitization creating a virtual representation of a real entity and organizing an exchange iterative loop between digital and real world, they integrate the whole life cycle of products, machines, production lines or even entire companies. The Euregio has the potential to become an area of excellence concerning digital twin technologies. The success will come from two key factors; on one hand to test digital twin in real business environment and learn about it and on the other hand to elevate the general level of knowledge and expertise of Euregio regarding digital twins.

Powered with passion by Prowebba